Gold archeological finds have always elicited keen interest among specialists and aficionados of ancient history, especially when they happen to be prehistoric. The earliest objects made of processed gold in Europe appeared in the modern-day Bulgarian lands about 4700 BC, and the peak of their concentration dated to 4350 BC has been so far located near the lakes of Varna. It was here that the world-acclaimed “Golden” Cemetery of Varna was discovered, dated to the same era, whose “wealth” resulted from the production and long-distance trade in common salt made at Solnitsata on the outskirts of Provadia.
Today’s gold find from Solnitsata fits naturally into the above background. It was discovered in a layer from the end of the Late Chalcolithic and dates to circa 4400 BC. It represents a ring of thin gold wire with irregular round shape and a diameter of roughly 20 mm, almost closed, with thinning ends. It weighs 1.18 g. Most probably it was used as an earring.
During the second half of the 5th millennium BC, earrings were not female jewels. Instead they were a way to display the high social status of a man. Furthermore, these men of high eminence had several rings placed in small holes at the back of the auricle (of both ears). Such miniature holes have also been found in the ears of the ceramic figurines of the Mother Goddess, and this unites the symbol of eternal rebirth in nature and society with the chieftain priest who, in the worldview of ancient humans, was assigned with the role of an earthly husband of the goddess and respectively, with the responsibility for the fertility of the arable land and of domestic animals.
During the Chalcolithic (5th millennium BC) gold did not yet play the role of a universal equivalent as it did later, over the last three millennia, including the present day. That role was played by salt. For a vast region encompassing the Eastern and Central Balkans, salt was made exclusively at Provadia-Solnitsata.
Salt is a vitally important staple for humans and animals alike; life without it is unthinkable, indeed, but it also took up the role of commodity money. It was not possible to buy with gold, as it was merely a hallmark of prestige and status. Nevertheless, gold while still playing a symbolic role during the 5th millennium BC, was already suggesting to ancient people its future domination over human society. 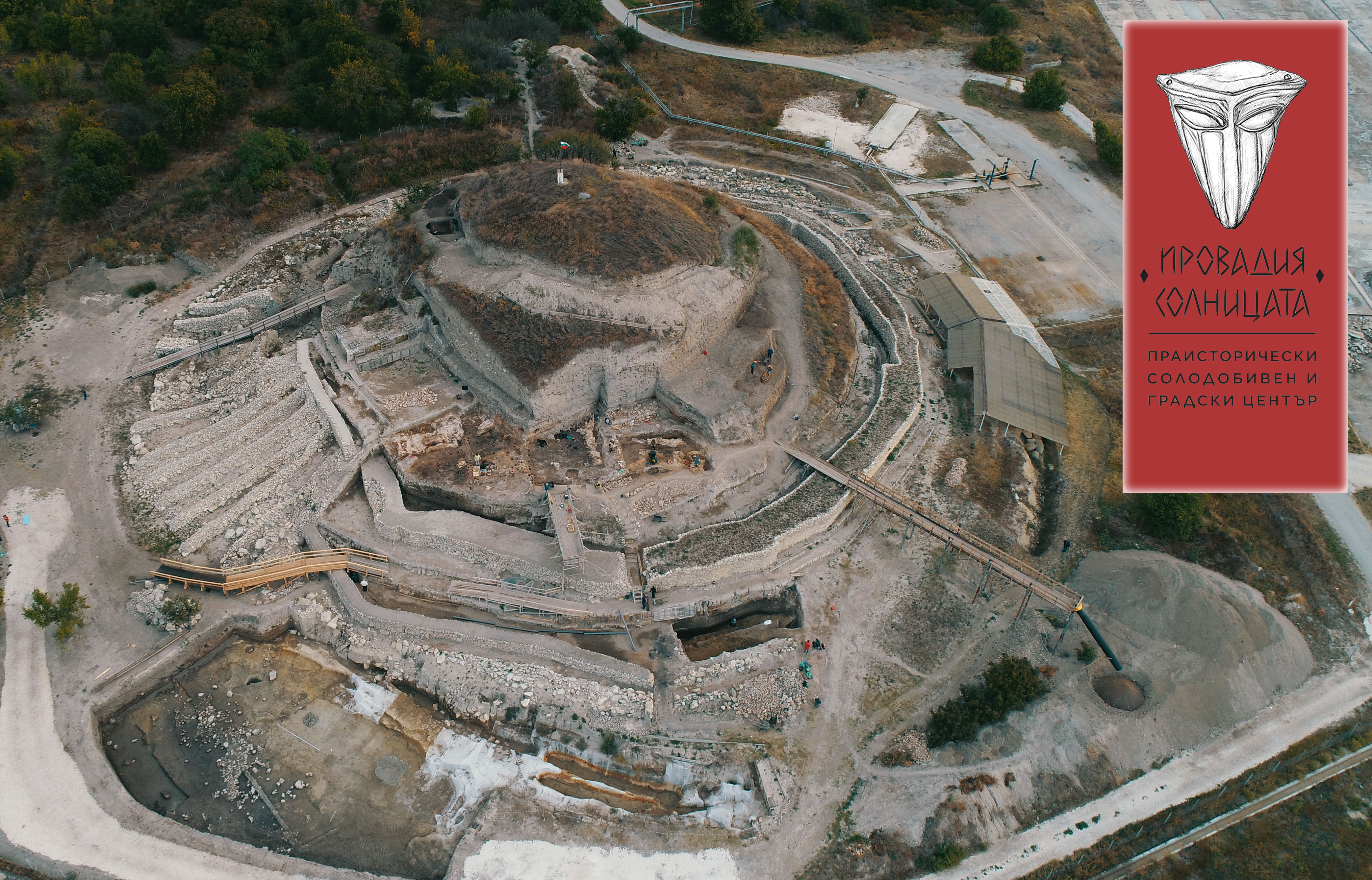 After a two-year pouse, the archaeological team exploring the prehistoric salt-production and urban center Provadia-Solnitsata is again pleased to invite you to an Open Doors Day!

Gold archeological finds have always elicited keen interest among specialists and aficionados of ancient history, especially when they happen to be prehistoric. The earliest objects made of processed gold in Europe appeared in the modern-day Bulgarian lands about 4700 BC, ...

Our imagination has once again been excited with the new find of a rare bone tool from the Middle Chalcolithic period (4700-4600 B. C.), created and used at a ceramic workshop at the Oldest Prehistoric Salt-production and Unban Center in Europe...